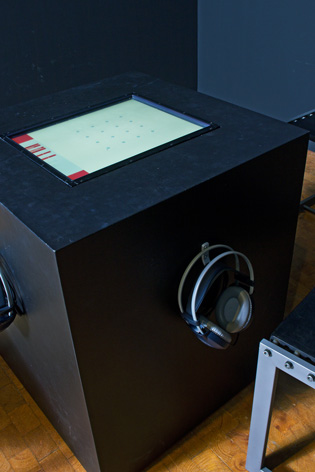 Hör-Memo is an acoustic memory game. Visitors can choose between two different versions. “Ton-Memo,” for example, uses individual piano notes as its game material. Visitors are invited to identify notes having the same pitch. “Klang-Memo,” on the other hand, uses “concrete sounds” and noises. These are primarily everyday sounds like bells ringing, dogs barking, footsteps, or a door slamming.

The contrast between the pitch-oriented sounds of “Ton-Memo” and the noise-like sounds of “Klang-Memo” refers to the “emancipation of noise,” a central feature of twentieth century Western music history. One of the most important prerequisites for the emergence of sound art occurred when music opened up to other sounds.