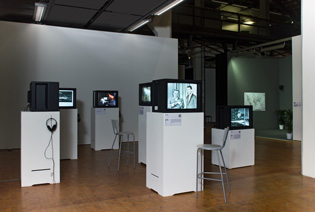 This film collage by Hans G Helms – a wanderer between worlds, as a philosopher, field researcher, composer, author of literature and radio broadcasts, pacifist, sociologist, and critic of economics – is an unconventional portrait of the avant-garde composer John Cage. The interviews, recordings, and documentation of his work create a comprehensive picture of his character, thinking, and his art in music, including black-and-white documentary material. This film collage was produced in 1972 for the WDR on the occasion of John Cage’s sixtieth birthday.