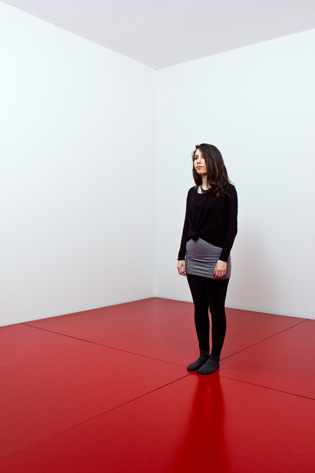 The composition and installation Acoustic Catacombs was created by Hanna Hartman in 2010 for a specific room in the Musée Réattu in Arles in southern France. The location of that space has two unusual features: The Rhône River, which is already very broad at this point, flows directly toward the museum and the room before making a bend. Moreover, there is a large vault beneath the museum. The latter was the point of departure for the composition, in which Hanna Hartman conveys a musical idea of what could happen acoustically in the catacombs. Visitors can follow these acoustic visions with their ears and body while standing or lying on the red floor.